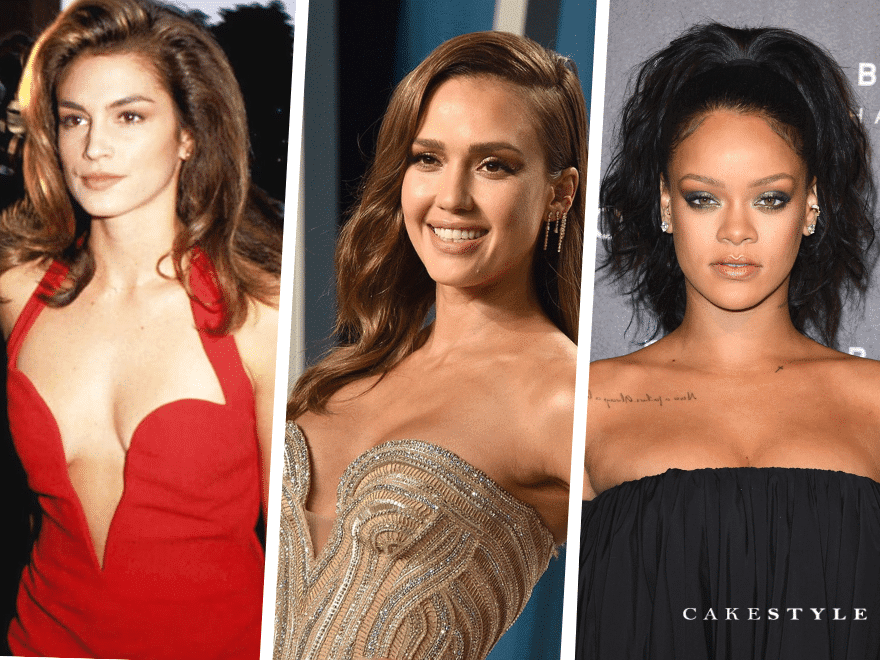 Women with B cups are often self-conscious about their bra size. While it’s one step up from the lowest cup size, it’s also not full enough to be the golden C cup.

However, while some consider B cups too small to be attractive, others embrace their proportional size. After all, having a petite shape with smaller breasts means being able to wear whatever you want. You can wear bandeaus and strapless dresses without the hassle of bigger curves.

But how can one even tell if they have B cups? Does it have that big a difference compared to A cups and C cups? Are there any celebs or fashion icons with B cups I can take inspiration from?

This guide will give you the lowdown on everything you need to know about B cups. We’ll teach you how to correctly check your bust size to make sure you really are a B cup. You’ll also learn more about what bras to go for as a B cup gal!

All About B Cup Breasts

How Big is a B Cup

To understand how big a B cup really is, you first need to know how to take your bra size measurements. Every bra size consists of a number to indicate your band length, followed by a letter. This letter tells you your actual cup size, or the difference between your bust and band line.

So let’s say your band size is 32 inches, and your bust measures 34 inches. That means they have a difference of 2, giving you a B cup and a general bra size of 32B.

In a nutshell, a B cup means that your breasts jut out two inches from your chest area. That’s not particularly big or distracting, making B cup a smaller size in the bra size spectrum.

Many people think that a B cup is average and medium-sized. But it’s actually considered small when compared to the rest of the bra sizes available in most underwear and lingerie stores. 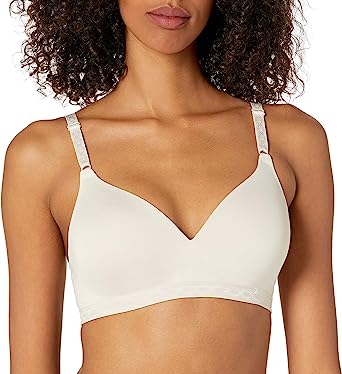 Warner's Women's Blissful Benefits Ultrasoft Wirefree Bra
5.0
$12.09-$35.15
Pros:
Cons:
Check current price
We earn a commission if you make a purchase, at no additional cost to you.

A natural B cup can look very different depending on your band size. Let’s take a closer look at some examples of B cup breasts with varying underbusts, this time with photos for easier reference.

This model wearing the 32B lacy ultramarine bra has a small frame and athletic build. Since she’s quite slender and the bra has a plunging neckline, her small B cups look proportional to her body.

On the other side of the spectrum, we have this model sporting a classic nude strapless bra. She has a fuller body and wears a 36B. While her breasts don’t look particularly small, they don’t look as big compared with the model with a 32B plunging bra.

This goes to show you that choosing the right bra is key when it comes to accentuating your B cup curves. We’ll give you a rundown of the best B cup bras later on in this guide, so stick around.

While B cups in bras are generally two inches bigger than their band size, the cup volume will still differ depending on its unique bra size. Suppose you have a 32B bra and a 38B bra.

While the bras are similar in how big the cups are in proportion to the band length, the 32B bra will always be physically smaller. Thus, busts that fit perfectly in a 32B bra cup likely won’t fill out a 38B one properly.

If you have a B cup and want to see alternate sizes for you, you must look for your sister sizes. If the lingerie store you’re shopping at doesn’t have a 34B for you, it’s not a good idea to go for a 32B or 36B. Instead, you should go for a sister size—one that will have the same cup volume even if the band lengths are different.

You can either sister size up or down. Sister sizing up means going one notch up in band size and one letter down. Meanwhile, sizing down entails one size lower in your band and a letter higher in your bust. So a 34B gal’s sister sizes are 36A (up) and 32C (down).

Now, while conducting research on this B cup guide, we noticed that most bra models wear a 34B. Because of this, it’s hard to tell what a bra will look like on you if you have a different band size than the site model.

Depending on the band size it’s paired with, a B cup could look very different on women as well. Here’s how a B cup will look like across a variety of band lengths.

This girl in a nude mesh bra wears a 32B. Women who wear this B cup size usually look more athletic, like her. The breasts will look small yet proportional to the petite frame and ribcage.

Next up, we have this woman who flaunts a 34B. It’s a bit fuller than the 32B. 34B is the standard for many B cup bra models, and for good reason. While the cup is still small, it accentuates more of a curve without looking too thick or disproportional to the body.

A 36B is also a great size that looks full and a bit more on the voluptuous side because of the wide ribcage. This woman looks awesome sporting her T-shirt bra in a size that allows her to fit a higher amount of breast tissue than the previous two.

If you’re big-boned and have a wider ribcage, you’re likely a 38B. This size fits well for those with a bust that is technically a B cup (two inches bigger than the band) but have a relatively bigger body build. Here’s a woman flaunting her curvaceous bod and in a bra tailor-fit for her B cups.

Best Bras for B Cup Boobs

A Cup VS B Cup

While a B cup is a size that’s two inches bigger than the underbust, an A cup is only an inch bigger. Theoretically, it should be smaller than a B cup in most cases.

If we’re talking about two bras of the same band sizes, but one is A cup and the other is B cup, then the B cup is always larger. However, bra sizes A and B can have the same volume and fullness if they have different band sizes.

This is another example of how sister sizes work. Since 34B and 36A are sister sizes, they can carry the same breast fullness in their cups even if the letters are different.

Celebrities with a Size B Cup

Even if many women prefer to have a C cup or higher, a B cup is actually one of the most common bust sizes in Hollywood. Many of the sexiest, most enthralling actresses and celebrities sport a B cup.

Stunning personalities and style icons like Jessica Alba, Rihanna, and Cindy Crawford all flaunt a modest 34B bra size.

Jessica Alba’s Bra Size is 34B

Rihanna’s Bra Size is 34B

Cindy Crawford’s Bra Size is 34B

All three women are shining examples of how sexy small breasts can look if you find a bra with the right fit. They can also inspire you to style your clothes to accentuate your small yet natural and proportional curves.

Which is bigger cup A or cup B?

If they have the same band size, then a B cup will always be bigger than an A cup. However, in some instances, they could be the same size. For example, 36B and 38A are sister sizes, meaning they essentially hold the same cup volume.

Even though a C sup is generally bigger than a B cup, the 32C bra will look smaller than the 36B becaue of its smaller band length.

How many inches is a size B cup?

A B cup means that your bust is two inches bigger than the size of your underbust or ribcage area.

Every underwear brand has their own standards of their bra measurements. You should always check on the sizes on the website you’re buying from to see if your usual size still applies in that situation. Here’s a basic B cup size chart to guide you when taking your bra size measurements.

This differs from woman to woman, depending on how many breast tissues she has. However, a standard B cup breast will weigh approximately 447.5 grams. To paint a picture, this is equal to 15 small pancakes or five cockatiels!

How to get the correct B cup bra size measurement?

As mentioned, the right way to get your bra size is to first measure your underbust area to get the band length. Follow up by measuring your bust area. The difference between the two will indicate what letter your cup size is (a B cup means a difference of two inches between bust and band).

While B cups fall a bit short of the gold standard C cup, they’re still beautiful. They give you a more athletic look, especially when you have a smaller band size. They’re also a lot of fun to dress up for, since you won’t be hassled by wider curves.

Always be proud of your natural B cups. Know that there are always ways to accentuate your curves to make them look sultry and attractive, no matter their size. Just check out how top celebs Rihanna end Jessica Alba handle theirs with the right fashion choices for inspiration!

If you’re interested in knowing more about other cup sizes, check out our C cup size bra review. You can also find the top five bras for other cup sizes in our other guides.

Warner's Women's Blissful Benefits Ultrasoft Wirefree Bra
5.0
$12.09-$35.15
Pros:
Cons:
Check current price
We earn a commission if you make a purchase, at no additional cost to you. 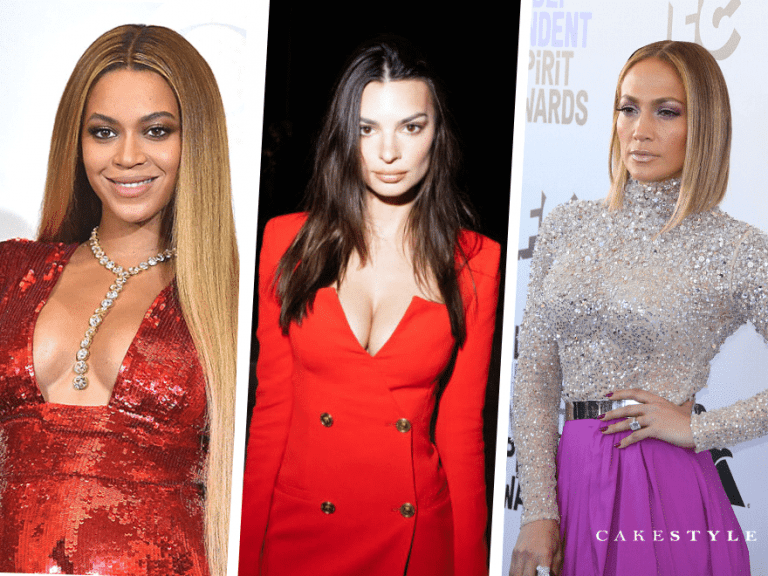 People usually have mixed opinions about C cups: some think they’re simply the best size and others think they’re too small. However, the topic about bra sizes will always get slightly polemic because most don’t understand how it actually works. C cups can look completely different on different bodies. I know, it’s confusing! And it…

Many ladies who wear A cup bras tend to be self-conscious about their small breasts. It’s not ideal by the beauty standards of social media and magazines that prefer something a bit bigger and closer to a C cup. Because of that, women with A cups wish larger breasts. But that doesn’t mean it’s not… 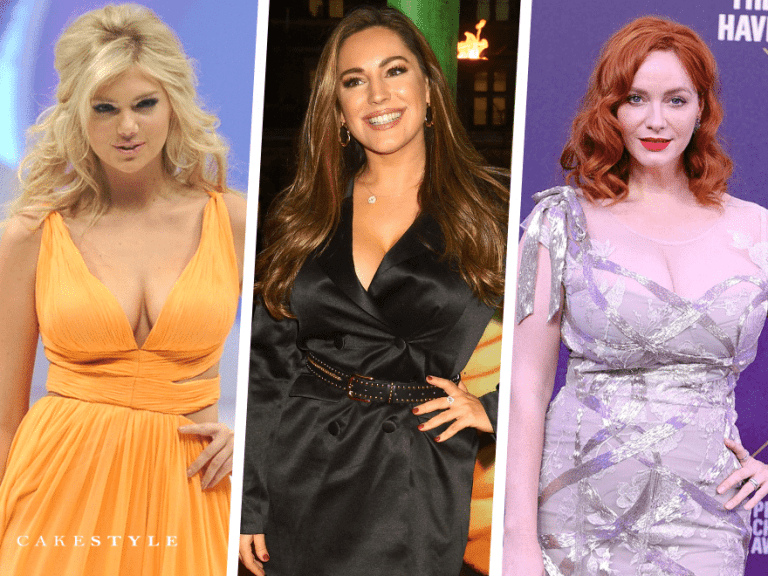 Any woman with bigger breasts knows the struggle of finding the perfect, most accurate cup size. There’s too much misinformation out there about sizing charts, especially for larger busts. It can all get quite confusing. Today, we’ll continue on our journey learning about the different bra sizes. In this article, we’ll be zeroing in on… 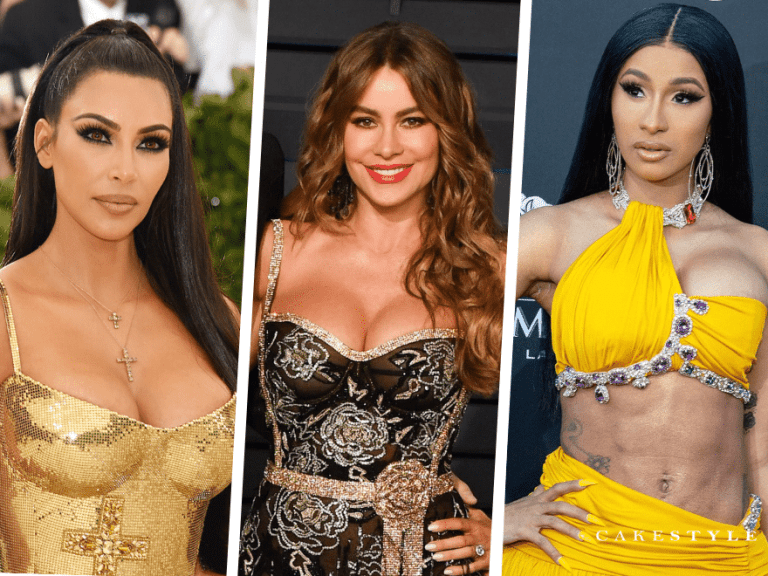 It’s not uncommon for women with smaller breasts to be a bit insecure about their cup size. What many people don’t realize is that women with large sizes, like an E cup, struggle just as much. It can be challenging to style and look for bras for an E cup. It’s difficult to wear strapless… 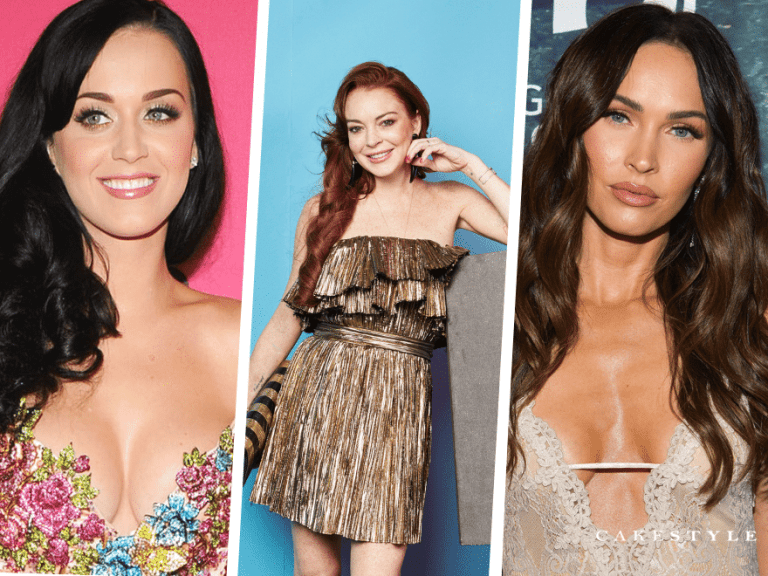 When people talk of bigger breasts, a D cup is one of the most popular sizes. Just hearing the words “D cup” can give a connotation of sultry curviness. It’s a size up from the coveted C cup and is a far cry from smaller sizes like A and B cups. Some might consider a…